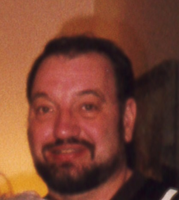 Michael J. Harco, 64, passed away peacefully on Monday, December 16, 2019 at his home surrounded by his family after a brief illness. He was born on January 16, 1955 in Conneaut the son of John and Anna (Bartko) Harco. Michael graduated from the Conneaut High School Class of 1973. He had been employed over the years with the Norton Company and the former Premix Company. Michael had a strong faith in God and was baptized and confirmed in the Good Shepherd Lutheran Church. Michael was a devout Cleveland sports fan, rooting for the Browns, Indians and Cavaliers. He also enjoyed playing softball in his younger years, one of his best memories playing was with the Chateau Lounge winning the championship for the Sullivan family. Michael also enjoyed coaching his son’s sports teams and always instilled in his children good sportsmanship. Once the grandkids came along, he loved to attend their sporting events and going swimming with them. Michael loved spending time with his family, especially during the holidays. He also enjoyed poker nights with the guys. He is survived by his children, Christopher Harco, Julie Shank-Harco, Ryan Harco and Tyler (Nicole Jacobs) Harco; children he helped nurture, Emily Ledlow, Aaron Ledlow and Mark Scott Shank; grandchildren, Mackenzie Ann Harco, Milee Bish, C.J. Smith, Mila and Cameron Harco, Devin and Khloe Harco and Alexia Jacobs; and his dear sisters, Shirley and Peggy Harco. He was preceded in death by his parents. Calling hours will be held Saturday, December 21, 2019 at the Good Shepherd Lutheran Church, 876 Grove St., Conneaut from 10AM-12PM, where funeral services will follow at 12NOON with Rev. Patrick Van De Motter, officiating. Burial will follow at Kelloggsville Cemetery. In lieu of flowers the family requests donations to the funeral home by clicking on the Donate Now button on his tribute page at www.thompsonsmithnesbitt.com, where you can also leave condolences. If you are unable to donate, we ask that you please share this link https://thompsonsmithnesbitt.com/tribute/details/329/Michael-Harco/obituary.html by copying and pasting on all social media platforms, email and text. Envelopes will also be available at the funeral home. The Thompson-Smith-Nesbitt Funeral Home, 345 Main St., Conneaut is honored to assist the family.