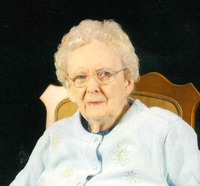 Conneaut- Ruth E. Raines, 94, passed away peacefully on Tuesday, January 12, 2021 at the Villa at the Lake, where she had resided the past 10 years. She was born on June 14, 1926 in Elyria, Ohio the daughter of Warren and Denise (Blackman) Pennell. Ruth graduated from Conneaut High School Class of 1944. After graduation she attended the Huron Road School of Nursing, enrolling in the cadet program intending to serve during World War, II, fortunately the war ending before graduation. Ruth would spend her entire nursing career at Brown Memorial Hospital. Ruth was an active member of the former St. Paul’s Episcopal Church in Conneaut, serving as treasurer of the Episcopal Women’s group and later attended the Good Shepherd Lutheran Church. In addition, she was a member of the Eastern Star. Ruth enjoyed listening to all genres of music. Above all else she loved spending time with her friends, family and grandchildren. She is survived by her children, Fred (Kathy) Raines, Cheryl (David) Vibbard, Laurie (Richard) Burkhart, Marcia (Tim) Richards, Fred (Kathy) Raines and Jeffrey (Janet) Raines; grandchildren, Matt (Kristina) Raines, Molly (Patrick) Schultz, David (Robin) Vibbard, Darcy (Tony) Workman, Casey Burkhart, Carly (Nick) Yarrington, Marissa, Allison and Kyle Richards, Tim (Brooke) Raines, Chris (Olivia) Raines and Angela (Michael) DeNunzio; many great-grandchildren and great-great-grandchildren; and several nieces and nephews. She was preceded in death by her parents, Warren Pennell and Denise Pennell-Herrick; and her brothers, Warren, Bill and Wilbert Pennell. Due to the Covid-19 Pandemic, Private services for family will be observed on Saturday, January 16, 2020 at 11:00AM, with Pastor Tim Kraus, officiating. The public is invited to watch via https://youtu.be/-Qz8Xgh6G9M and the Thompson-Smith-Nesbitt Funeral Home Facebook page. She will be buried at Glenwood Cemetery. In lieu of flowers, memorials in memory may be given to the Activities Department at the Villa at the Lake, 48 Parrish Rd., Conneaut. The family wishes to thank the nurses and staff at the Villa at the Lake and the Hospice of the Western Reserve for the care and love they gave her. The Thompson Smith Nesbitt Funeral Home and Cremation Services, 345 Main St., Conneaut is honored to assist the family. Online guestbook and condolences available at www.thompsonsmithnesbitt.com