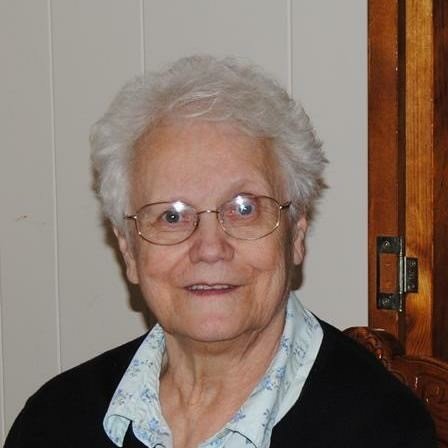 Judith Ann (Williams) Wolfe, 81, of Conneaut, passed away peacefully surrounded by her family on Thursday, September 20, 2018 at the Cleveland Clinic Main Campus.

Judy retired from Hill’s Department store in 1999 after 25 years with the company. She had an amazing cross stitch talent and made several customized quilts for everyone in the family. She loved going on bus trips and visiting casinos. Judy had a huge heart for dogs, especially her grand-dogs. But most of all, she enjoyed spending time with her family and friends

Judy was preceded in death by her husband, Harold Chase in 1965; daughters, Pam Anderson and Susan Chase; sister, Joyce Rogers; brother and sister-in-law, Jim and Hailey Williams; and her parents.

It was Judy’s wish to donate her body to the Case Western Reserve Medical Program. A private graveside service will be held at a later date and will be laid to rest with her daughter Susan at East Conneaut Cemetery.

In lieu of flowers, memorial contributions may be made in her name to the Animal Protective League (APL), 5970 Green Rd., Ashtabula, Ohio 44004

To plant a beautiful memorial tree in memory of Judith Wolfe, please visit our Tree Store

Share Your Memory of
Judith
Upload Your Memory View All Memories
Be the first to upload a memory!
Share A Memory
Plant a Tree