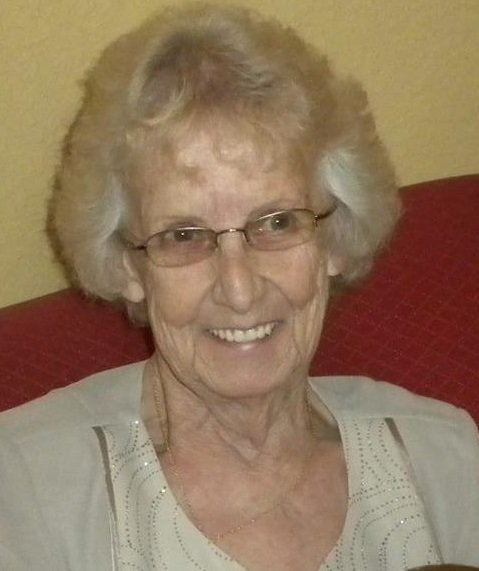 Please share a memory of Linda to include in a keepsake book for family and friends.
View Tribute Book

She was born January 29, 1940 in Cleveland, the daughter of the late Howard J. and Thelma (Weaver) Henderson. She married the love of her life Charles LeRoy Reitz on February 17, 1957.

Linda retired from Conneaut Area City Schools as a school bus driver and elementary school cafeteria worker at Southeast and Gateway Elementary. While driving bus and after retirement she enjoyed meeting up with fellow bus drives for breakfast. Linda also has fond memories from her younger days waitressing at Bakers Steakhouse.

She was a long-time member and Past Matron of the Rose Chapter #22 of the Eastern Star. In her younger years she enjoyed playing on the Women’s Slo-Pitch League, and was an avid Cleveland Browns and Indians Fan. Linda was active with her children’s extracurricular activities while they were growing up. She served on the Conneaut High School Band Boosters for many years, and at one time got to race a school bus at Raceway 7.

Linda was a voracious reader, she enjoyed cooking and making candy, to relax she enjoyed doing a crossword, Sudoku, or other logic puzzles, or tinkering in her garden. Most of all she enjoyed the time she got to spending with her family and friends.

She was preceded in death by her husband Charles in 1984; brother, Howard James Henderson II; grandson, Jason Remmel; and her parents.

A Celebration of Linda’s Life will be held on Saturday, March 9, 2019 at 3:30 p.m. at the Masonic Lodge, 6012 Route 193, Kingsville. Private Burial will take place with her husband at Greenlawn Memory Gardens in North Kingsville.

To send flowers to the family or plant a tree in memory of Linda (Henderson) Reitz, please visit Tribute Store
Saturday
9
March

Share Your Memory of
Linda
Upload Your Memory View All Memories
Be the first to upload a memory!
Share A Memory
Send Flowers
Plant a Tree