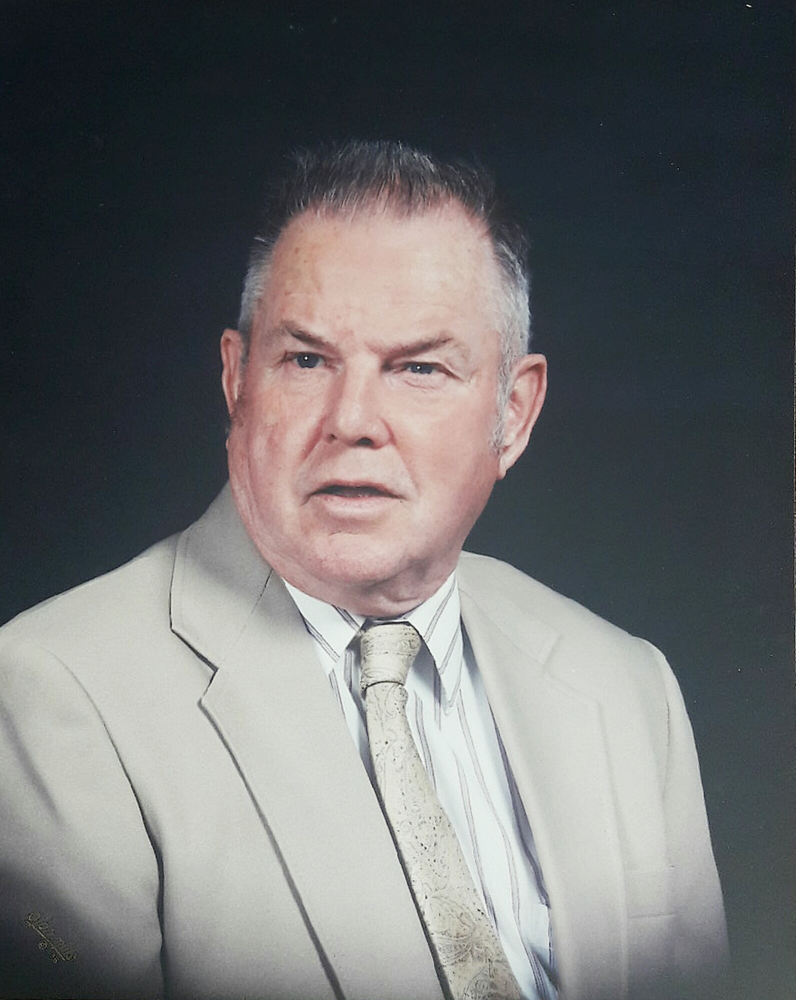 Obituary of Roy B. Pattison, Jr.

Please share a memory of Roy to include in a keepsake book for family and friends.
View Tribute Book
Roy Brown Pattison, Jr., passed away February 14, 2019 at the Ashtabula County Nursing & Rehabilitation Center, in Kingsville, Ohio at the age of 97. He and his twin sister, Betty Jannette, were born April 2, 1921 in Sharon, Pennsylvania to Roy Brown Pattison (Senior) and Maude Ellen Pattison (Hoy). The family relocated to North Kingsville, Ohio in 1925 and remained lifelong residents. Roy was called "Brown" to distinguish him from his father when Mother Maude would call them. Later on, he was frequently referred to as "Pat" by schoolmates and friends, and affectionately "Brownie" by some. He and his sister, Betty, attended North Kingsville School thru Senior High School, graduating in 1940 in a class of 13. After graduating, he hired out on the New York Central railroad, following in the footsteps of his Grandfather, Josiah Alfred Pattison, who was the head engineer on the 20th Century Limited. He continued to be a railroader all of his life, first as a brakeman, then engineer for more than 40 years, retiring in 1986. He served in various Brotherhood of Locomotive Engineers Union capacities and was a member of the North Kingsville Presbyterian Church, American Legion, Masons and Grotto. He met Lucylle Edith Thompson, the love of his life, at a dance in Amboy, Ohio. The Thompson family band was playing at the dance and he had to ask the eldest brother, Don, if he could date his little sister. Permission given, Lucylle and Brownie's relationship developed and strengthened as the family grieved the loss of his twin sister, Betty, who was killed in a tragic car accident and the start of World War II. Roy was drafted into the Army in October 1941 and married October 5, 1942. In November, he left for active military service overseas. He was stationed in New Guinea and the Philippines, seeing action as a combat engineer while building railroads with the 749th Railroad Operating Battalion. He returned home in 1946 to resume his position with the railroad. During the remainder of his working life, he and his family traveled extensively throughout the US and Canada as time allowed during summer vacations, until his wife became ill and unable to travel. He took meticulous care of her during the next 30 years that she was confined to bed with a debilitating neurological disease until her death in 1999. Roy was preceded in death by his twin sister, Betty Janette Pattison; wife, Lucylle Edith Pattison; older brother, William Hoy Pattison; son, Jeffry Alan Pattison; and longtime golfing buddy and companion later in life, Betty Jane Close (Shore). He is survived by a son, Timothy Arthur (Margaret) Pattison; daughter-in-law, Kathy Pattison; grandchildren, Jeffry David (Elizabeth) Pattison, Benjamen Josiah Pattison, Dr. Lindsay Rebekah Pattison; and great-grandchildren, Henry, Grace, Clara, and Jack. Calling hours will be held Saturday, February 23, 2019 from 12PM-1PM at the Thompson-Smith-Nesbitt Funeral Home, 345 Main St., Conneaut, where services will follow at 1:00PM, with Rev. Ken Ayers, officiating. Burial will follow at Greenlawn Memorial Gardens. Memorials in memory of Roy can be given to the Hospice of the Western Reserve, 1166 Lake Ave., Ashtabula. Envelopes will be available at the funeral home. The family would like to thank the nurses, caregivers and volunteers of the Ashtabula County Nursing Home, the Villa at The Lake and the Hospice of the Western Reserve. We would also like to thank special friends of the family, Frank and Marsha Howell, for all the loving care they provided.
To send flowers to the family or plant a tree in memory of Roy Pattison, Jr., please visit Tribute Store
Saturday
23
February

Share Your Memory of
Roy
Upload Your Memory View All Memories
Be the first to upload a memory!
Share A Memory
Send Flowers
Plant a Tree