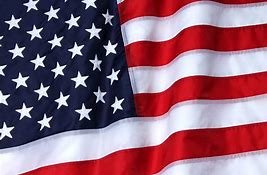 Please share a memory of John to include in a keepsake book for family and friends.
View Tribute Book
Conneaut- John "Jack" Frederick Lyon, 86, passed away Sunday, September 8, 2019 at the Ashtabula County Nursing Home. Jack was born on October 5, 1932 in Conneaut, Ohio the son of Russell E. and Frances G. (nee Paulson) Lyon. He graduated from Conneaut High School Class of 1950. In 1962, Jack received an Honorable Discharge for his service in the United States Army and reserve. Jack retired from the P & C Coal Docks, where he was a foreman. He was preceded in death by his parents; and two brothers, Paul R. Lyon and Charles E. Lyon. Jack is survived by his former wife, Janet Lyon; five nieces and nephews, children of Dolores and the late Paul Lyon; plus several local cousins including, Grace Hill, Bruce Lyon and James Lyon In keeping with his wishes, no services will be observed. He will be inurned with his parents and brothers at Glenwood Cemetery. Arrangements entrusted to the Thompson-Smith-Nesbitt Funeral Home and Cremation Services, 345 Main St., Conneaut. Online condolences may be left at www.thompsonsmithnesbitt.com
To plant a beautiful memorial tree in memory of John Lyon, please visit our Tree Store

Look inside to read what others have shared
Family and friends are coming together online to create a special keepsake. Every memory left on the online obituary will be automatically included in this book.
View Tribute Book
Services for John Lyon
There are no events scheduled. You can still show your support by planting a tree in memory of John Lyon.
Plant a tree in memory of John

Share Your Memory of
John
Upload Your Memory View All Memories
Be the first to upload a memory!
Share A Memory
Plant a Tree