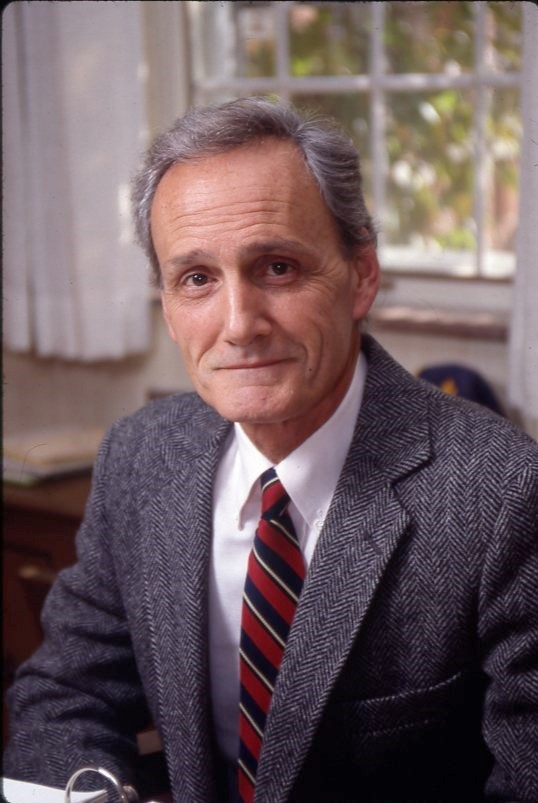 Please share a memory of John to include in a keepsake book for family and friends.
View Tribute Book

John was born on July 22, 1936 in Youngstown the son of Kenneth A. and Isabel (Ziegler) Mahan. He graduated from Boardman High School Class of 1954, where he excelled in all sports and was the star quarterback. John attended Georgetown, Duquesne and Kent State Universities where he received his bachelor's, master's and a doctorate degree. He would honorably serve his country in the United States Air Force from 1960-1962. After his discharge, he taught English back at Boardman High School. In 1966 he married the love of his life, Nancy L. Moran.

In 1969, he began his long association with Ashtabula and Kent State University at Ashtabula Campus, an association of which John was proud all his life. Moving swiftly through the ranks, from Assistant Director of Administrative Services (1969-1972), to Assistant Dean (1972-1985), and becoming Campus Dean (1985-1995). These were vibrant years for the campus, given energy and direction by John at the helm as the campus expanded, tenure track faculty were hired, and new programs were added, most particularly involving Distance Learning. John loved the campus and every day he was there. He was committed to the belief that the campus should not only provide a university education, but that it should nourish and give to the community. Among the bodies (too numerous to be listed here) to which he contributed his energies were the Ashtabula Growth Partnership, the Ashtabula Art Center's Folk Festival, and the Ashtabula City Schools. He also welcomed the public to the campus through the very popular Summer Concert Series, which is remembered still, and by hosting countless lectures and presentations on campus. Mr. Mahan received a "Best of the County award" from the Growth Partnership, and the President's Medal from Kent State, the first to a regional campus retiree. John's service to the community continued after his retirement from Kent, until 2002 he was the Coordinator of the Ashtabula River Partnership, a newly created position funded by the EPA.

As Dean, Dr. Mahan was the heart of the Ashtabula Campus, although he would never have thought of himself as such. He cared about everyone who worked there, and knew the names of all the campus employees, including the cleaning staff on the night shift. Continually good-humored and well-mannered, he was always even-handed and professional, considering every matter on its own merits, and ignoring gossip, rumor and hearsay. Remembering his own student days, and simply being kind, he was always available to students. When people addressed him as Dean Mahan, he would reply, "I'm not Dean Mahan- my name's John."

John relished Bridge, time with his wife, family, friends, gardening, and travel. He was an avid reader and read widely. Literature and philosophy enriched his character. John was fond of quoting the Greek philosopher Heraclitus, who said, "No man ever steps in the same river twice." He was not a man to give advice, but when he did, it was "to treat people well." This was advise he took himself, in a life magnificently lived.

John was preceded in death by his mother, Isabel; father, Kenneth; and his twin sister, Joan Galant.

He will be sorely missed by his beloved wife, Nancy Mahan; children, Kevin (Olivia) Mahan, Sean (Haicam) Mahan and O'Dea (Greg) Wolenski; grandchildren, Claire, Liam and Kennedy, Stella, Faye and Vera, Sophia and Sydney; 26 beloved nieces and nephews of the Mahan and Moran families; and a host of extended family and friends whom John loved dearly.

A gathering of family, colleagues and friends will be held Friday, December 13, 2019 from 1PM-3PM at the Thompson-Smith-Nesbitt Funeral Home, 345 Main St., Conneaut. A memorial mass will be celebrated Saturday, December 14, 2019 at 11:00AM at Our Lady of Peace, Mother of Sorrow's Catholic Church, 1464 W. 6th St., Ashtabula.

Memorials in memory of John are suggested to the Kent State University as Ashtabula Nursing Program Scholarship or a charity of one's choice.

The family wishes to extend their deepest gratitude to the Bella Care Hospice Staff for the love and care they extended to John in his final days.

To send flowers to the family or plant a tree in memory of John Mahan, Ph.D., please visit Tribute Store
Friday
13
December

Share Your Memory of
John
Upload Your Memory View All Memories
Be the first to upload a memory!
Share A Memory
Send Flowers
Plant a Tree