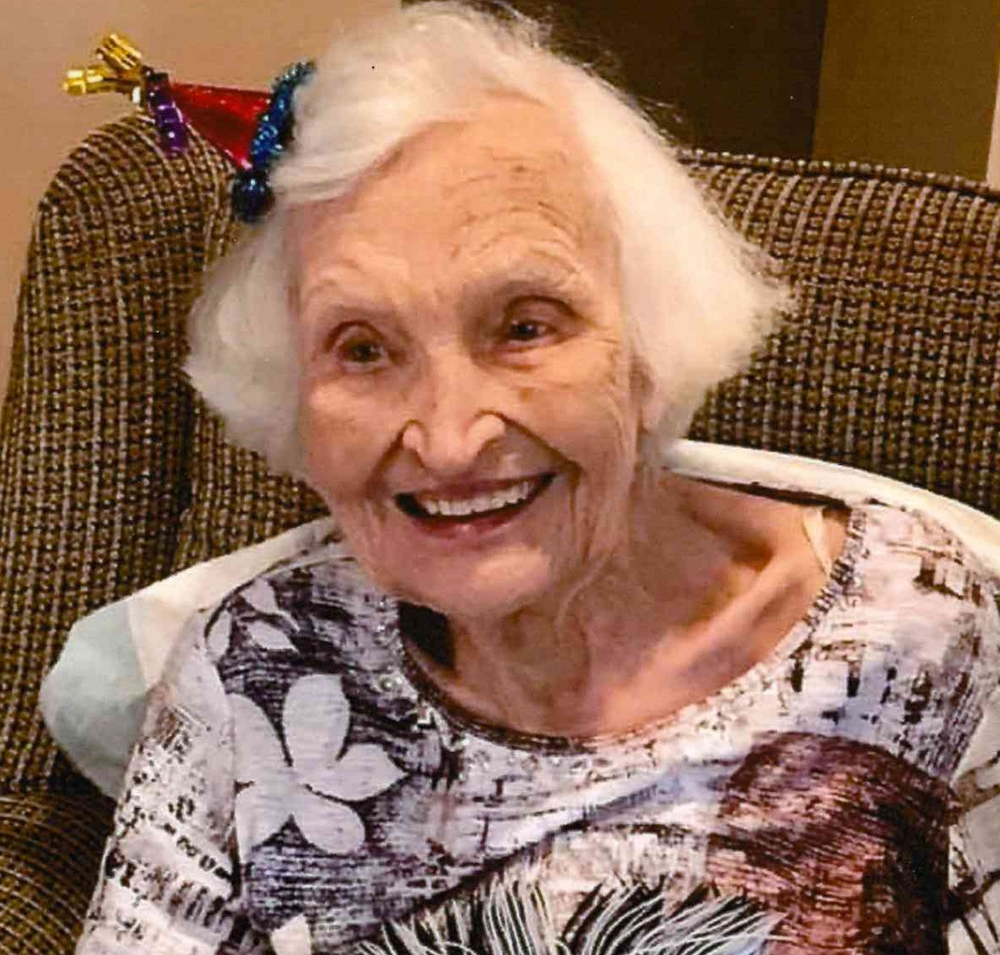 Please share a memory of Frances to include in a keepsake book for family and friends.
View Tribute Book
Frances Blenman, passed away on Thursday, February 20, 2020 at the David Simpson Hospice House, after a wonderful and blessed 103 years. She was born in Sheffield on August 22, 1916 to Charles and Nettie Ruland Weaver. Frances was a 1934 graduate of Kingsville High School. She married the lover of her life, the late Howard R. Blenman on June 4, 1938 in Jefferson on her parents 25th anniversary. They were blessed with 66 wonderful years until his passing on November 4, 2000. She was employed for five years with the Agricultural Adjustment Administration in Jefferson. After having children, she became an Avon Representative in Kingsville for 21 years. Frances was a member of the Kingsville Presbyterian Church where she taught Sunday School for over 30 years and was also a Deacon, Elder and member of the Women's Association. In addition, she was a charter member and officer of the Kingsville Fireman's Auxiliary, member of the 55 and Much Alive Club and an 85-year member of the Sheffield Grange. She loved bowling, golf, watching the Cleveland Indians and spending time with her family. Frances is preceded in death by her parents; beloved husband Howard R. Blenman; brothers, Gerald and Ralph Weaver; sister, Dorothy Powell; sons-in-law, Richard Talso and John Fedor; and a daughter-in-law, Sandra Blenman. She is survived by her daughters, Judith Talso of Kingsville and Ruth Fedor of Troy, Michigan; a son, David Blenman of Kingsville; grandchildren, Tim Talso, Rebecca Taylor, Scott (Monica) Fedor, Shareen (Dan) DiGasbarro, Penny (Richard) Korb and Jason Blenman; 12 great-grandchildren; one great-great-grandson; and many nieces and nephews. Calling hours will be held, Sunday, February 23, 2020 from 4-7PM at the Thompson-Smith-Nesbitt Funeral Home, 345 Main St., Conneaut. Funeral services will be held Monday, February 24, 2020 at 11:00AM at the Kingsville Presbyterian Church, 3056 W. Main St., (Route 84) Kingsville, with Pastor Bill Daywalt, officiating. An additional hour of calling from 10AM until time of services on Monday will be observed at the church. In lieu of flowers, memorials may be given to the Kingsville Presbyterian Church General Fund, PO Box 41, Kingsville, Ohio, 44048 or the Hospice of the Western Reserve, 1166 Lake Ave., Ashtabula, Ohio, 44004. Online guestbook and condolences available at www.thompsonsmithnesbitt.com
To send flowers to the family or plant a tree in memory of Frances Blenman, please visit Tribute Store
Sunday
23
February

Share Your Memory of
Frances
Upload Your Memory View All Memories
Be the first to upload a memory!
Share A Memory
Send Flowers
Plant a Tree