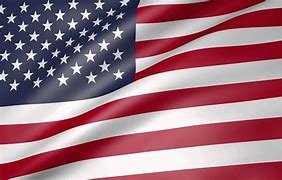 Please share a memory of Richard to include in a keepsake book for family and friends.
View Tribute Book
Mentor- Richard Allan Sidaway, 79, passed away peacefully on Wednesday, September 9, 2020 at the David Simpson Hospice House. Richard was born on April 12, 1941 in Cleveland, Ohio the son of Lawrence T. and Clara (Schoenfeld) Sidaway. He was a 1959 graduate of Maple Heights High School and received a Bachelor of Art degree in marketing from Fenn University. After graduation he enlisted in the United States National Guard serving honorably from 1965-1971. Dick was the co-founder and president of Select Systems in Euclid for over 35 years. He supported his sons in their younger years, as an instructor with the Boy Scout's of America Explorer Post #990 in Mentor. Dick was an avid outdoorsman and enjoyed hunting, fishing and walks along the Fairport Harbor. He is survived by his beloved wife, Lee E. (McNutt) Sidaway; two sons, Owen (Jennifer) Sidaway and Darren Sidaway; granddaughters, Margaret and Olivia; sister, Marilyn (Thom) Pelikan and their children, Matthew and Cindy. He was preceded in death by his parents. A memorial service will be held Saturday, September 12, 2020 at 5:00PM at the Thompson-Smith-Nesbitt Funeral Home, 345 Main St., Conneaut, where friends and family will be received on Saturday from 4PM until time of services at 5PM. In lieu of flowers, memorials in his memory may be given to the Alzheimer's Association. Online obituary and condolences at www.thompsonsmithnesbitt.com
To send flowers to the family or plant a tree in memory of Richard Sidaway, please visit Tribute Store
Saturday
12
September