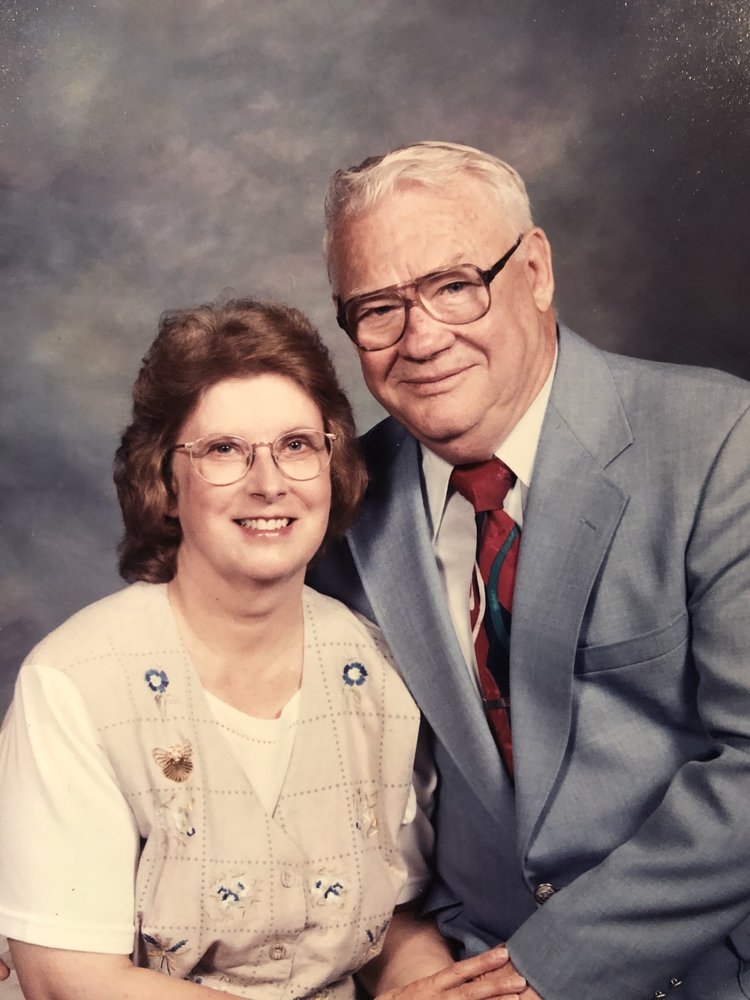 Please share a memory of Duane to include in a keepsake book for family and friends.
View Tribute Book
Duane L. Barringer, 89, of Conneaut, Ohio passed away on October 7, 2020. He was born September 21, 1931 in Conneaut where he resided his entire life. He was the son of William (Bill) and Dorothy (Kendall) Barringer. On July 18, 1959 he married the love of his life, Marjory (Marge) Norton. Together they had three daughters. Upon graduating from Conneaut High School, Duane was drafted in to the Marine Corps. He served during the Korean War where he was nicknamed "Ace." He was awarded the National Defense Service Medal, the Korean Service Medal with 2 stars, and the United Nations Service Medal. Upon his honorable discharge from the military, he went to work for the Nickle Plate railroad where he was nicknamed "Bear." He spent his entire career as a machinist on the railroad. Duane loved to be around people and had nicknames for everyone he met, even pets. He was nicknamed "Skeet" by his family and known as "Uncle Skeeter" by his nieces and nephews. Over the years he enjoyed playing cards, gardening, bowling, golfing, fishing and visiting the wineries. He was an avid Cleveland Indians fan and enjoyed attending games with his wife Marge prior to her passing. He also enjoyed watching the Ohio State Buckeyes and the Cleveland Browns play football. He liked to drive and would often transport family and friends to appointments. He had an outstanding memory and could read a map once and drive across the country without getting lost. He enjoyed watching Jeopardy and Wheel of Fortune. He was a member of the First Congregational United Church of Christ where he served in various capacities in his younger years. He was also a lifetime member of the Veterans of Foreign Wars (VFW), and a member of the Moose Lodge and American Legion. Duane was preceded in death by his parents, his sister Shirley, his brother-in-law Steve Molner, and his loving wife Marge in 1998. He longed for the day when he would be reunited with his wife. Part of him was lost when he lost her. He is survived by his daughters, Debbie (Richard) Neubauer, Kathi Barringer, and Lori (Paul) Reynolds, all of Conneaut; his grandchildren Bryan Reo of Mentor, Hayley (Josh) Teppo of Conneaut and Adam (Danielle) Neubauer of Lyndhurst; his great grandchildren Madison, Jensen, Amara, Leo and Lincoln, and his sisters-in-law Nancy (Lonnie) Hutchens and Linda Molner. The family would like to thank Vince Gildone, Duane's neighbor, for assisting him with his yard for over 20 years. Duane spoke many times of how he didn't know what he would do without Vince's help. Calling hours will be held Saturday, October 10, 2020 from 10:00AM-12:00PM at the Thompson-Smith-Nesbitt Funeral Home, 345 Main St., Conneaut where funeral services will follow at 12NOON with Pastor Jan Walsh, officiating. American Legion Cowle Post #151 will provide military honors. Interment at Greenlawn Memory Gardens will be held privately at the convenience of the family. The family requests visitors to please wear masks if able due to the COVID-19. Funeral services will be live streamed via the Thompson-Smith-Nesbitt Funeral Home Facebook page. Please like our page to be notified of his services. In lieu of flowers, the family requests memorials be given to the Hospice of the Western Reserve, PO BOX 72101, Cleveland, Ohio, 44192.
To send flowers to the family or plant a tree in memory of Duane Barringer, please visit Tribute Store
Saturday
10
October

Share Your Memory of
Duane
Upload Your Memory View All Memories
Be the first to upload a memory!
Share A Memory
Send Flowers
Plant a Tree