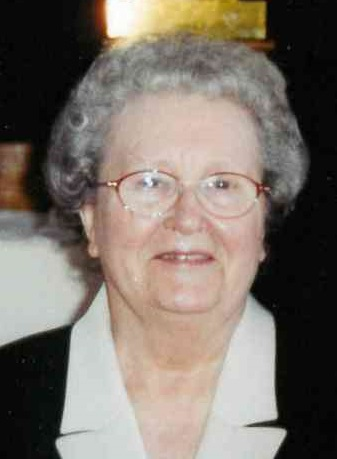 Please share a memory of Margaret to include in a keepsake book for family and friends.
View Tribute Book
Conneaut- Margaret Jessie Burnham, 97, passed away Thursday, December 10, 2020 at the Ashtabula County Nursing Home after a period of declining health. She was born on October 11, 1923 in Newton Stewart, Scotland, the daughter of Thomas and Jessie (Wallace) Nicholson. Margaret was united in marriage to James Burnham on February 6, 1946 in Aberfeldy, Scotland; he preceded her in death on February 16, 2010. She was employed as a pharmacist prior to relocating to the United States after World War II. Margaret also worked in the Conneaut Mayor's office as a secretary for a short time. She was a dedicated wife, mother, and grandmother who passed on her love of music and the arts. She enjoyed attending concerts, spending time with her family and the occasional trip to her beloved homeland, Scotland. Margaret was well known for her grace, kindness and being a champion for the less fortunate. She was a member of St. Paul Episcopal Church in Conneaut, until its closing, where she served as organist and choir director for many years, taught Sunday school, serving on vestry, altar guild, chairing many committees, and was a member of the ECW. Margaret most recently attended St. Peter Episcopal Church in Ashtabula. She was very active in PTA at Southeast Elementary School during her children's school years. Margaret was also a board member of the Ashtabula County Community Action for over 26 years. She was preceded in death by her parents; beloved husband, James Burnham; daughter, Heather Burnham; and her brothers, Robert, James, and John Nicholson. She is survived by her children, Alison Burnham of Conneaut, James (Yaowalak) Burnham of Winchester, CA, Susan Merriman of South Euclid, and Christine (Jeff) Nolletti of Wooster; sisters, Dorothy Brown of Australia, and Agnes Chambers of Scotland; son-in-law, Thomas Gwilt; grandchildren, Matthew Burnham, Jason Burnham, Hilary Gwilt, Tyler Merriman, Piyada Burnham, William Burnham, Lexi Nolletti and Brooklyn Nolletti; and her great-grandchildren, Jalen Burnham, Trace Burnham, and Cameron Burnham; and many nieces and nephews. The family would like to thank the Villa at the Lake for their dedication and care; the University Hospital staff, the staff at the Ashtabula County Nursing Home and the ACMC Wound Care Center for all of their kindness and compassion. Memorials in memory of Margaret may be made to St. Peter Episcopal Church, PO BOX 357, Ashtabula, Ohio, 44005-0357. Due to Covid-19 a memorial service will be held in the Summer of 2021 and will be announced by the Thompson-Smith-Nesbitt Funeral Home, 345 Main St., Conneaut. Online guestbook and condolences available at www.thompsonsmithnesbitt.com
To send flowers to the family or plant a tree in memory of Margaret Burnham, please visit Tribute Store

Share Your Memory of
Margaret
Upload Your Memory View All Memories
Be the first to upload a memory!
Share A Memory
Send Flowers
Plant a Tree