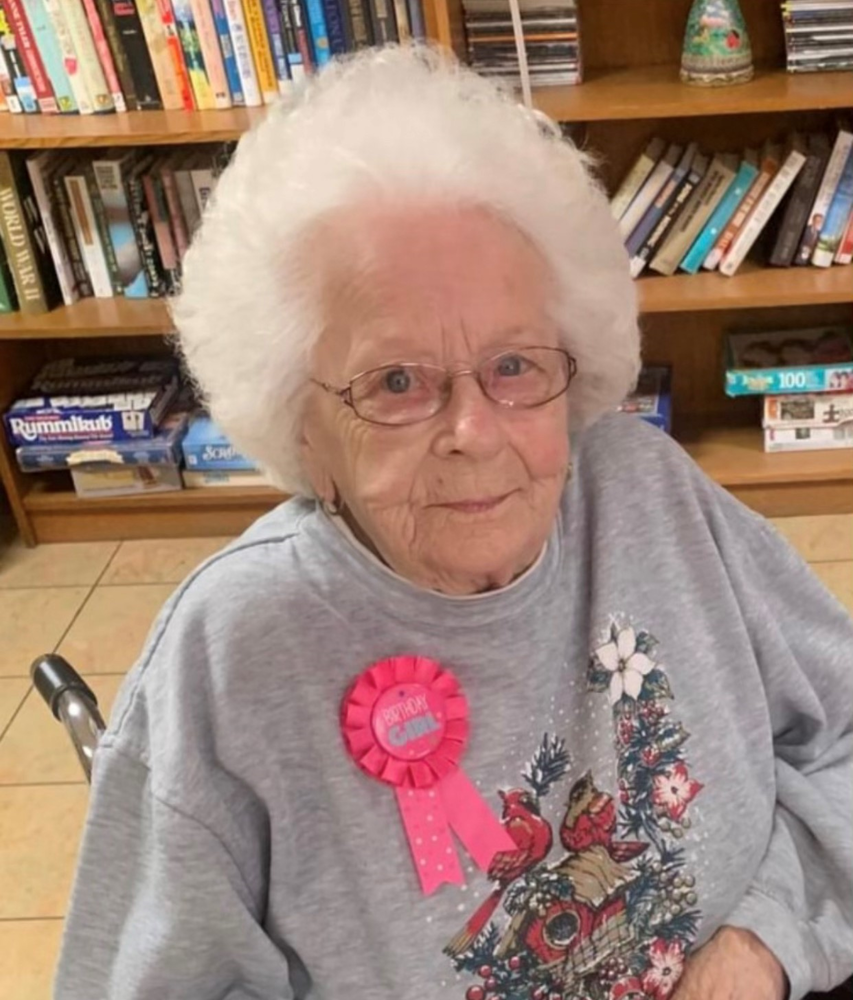 Obituary of Sue A. Holden

Please share a memory of Sue to include in a keepsake book for family and friends.
View Tribute Book
Conneaut—Sue A. Holden, 84, passed away on Tuesday, March 30, 2021, at the Ashtabula County Medical Center. She rejoins her late husband, Ervin L. Holden, whom she missed dearly following his untimely passing in 1981. She was born in Conneaut, Ohio, on January 21, 1937, the daughter of James and Ruth (Bynane) Walsh. Sue attended St. Mary Catholic School and graduated from Conneaut High School as part of the Class of 1955. Sue began her career working for the Nickle Plate Railroad, in the yard office as a secretary, and then later devoted time to raising her family. After her children left home, she returned to work for K-Mart, and retired after twenty years of service. Sue was a lifetime member of the Corpus Christi Parish, attending St. Mary Catholic Church, where she was the bookkeeper for many years under Fr. Summers. Sue led a simple life, devoted to her family. She cherished her grandchildren. She loved sweets, especially chocolate, a nice snow crab dinner, and a good cup of coffee, especially when visiting with family and friends. Sue is survived by her children, Brett (Karen), Mary Ruth, and Chad (Kari McKinley) Holden; grandchildren, Meara Holden, Steven (Sarah) Braeger, Zachary VanDam and Anna Mae Walter; sisters-in-law, Frances M. Holden, Shirley Walsh, and Carolyn Holden; nieces and nephews, Maureen (Louis) Zavakos, Michael J. Walsh, Kathleen Walsh, James T. Walsh (Dixie), and Michael J. Walsh (and the late Ann R. Walsh); great-nieces and nephews, Rachel and Christine Zavakos, Andy and Mary Fritz, and Chris and Kelly Walsh. Sue was also preceded in death by her parents; beloved husband, Ervin L. Holden; her two brothers, William B. and James E. Walsh; sister-in-law Joyce A. Walsh; nephew Patrick W. Walsh, great-niece Ryan J. Walsh, and a great-nephew James H. Walsh. A memorial mass will be celebrated at a later date. She will be interred at St. Joseph Cemetery. Services will be announced by the Thompson-Smith-Nesbitt Funeral Home, 345 Main St., Conneaut. Memorials in her memory may be given to the American Cancer Society. Online guestbook and condolences available at www.thompsonsmithnesbitt.com
To plant a beautiful memorial tree in memory of Sue Holden, please visit our Tree Store

Look inside to read what others have shared
Family and friends are coming together online to create a special keepsake. Every memory left on the online obituary will be automatically included in this book.
View Tribute Book
Services for Sue Holden
There are no events scheduled. You can still show your support by planting a tree in memory of Sue Holden.
Plant a tree in memory of Sue

Share Your Memory of
Sue
Upload Your Memory View All Memories
Be the first to upload a memory!
Share A Memory
Plant a Tree