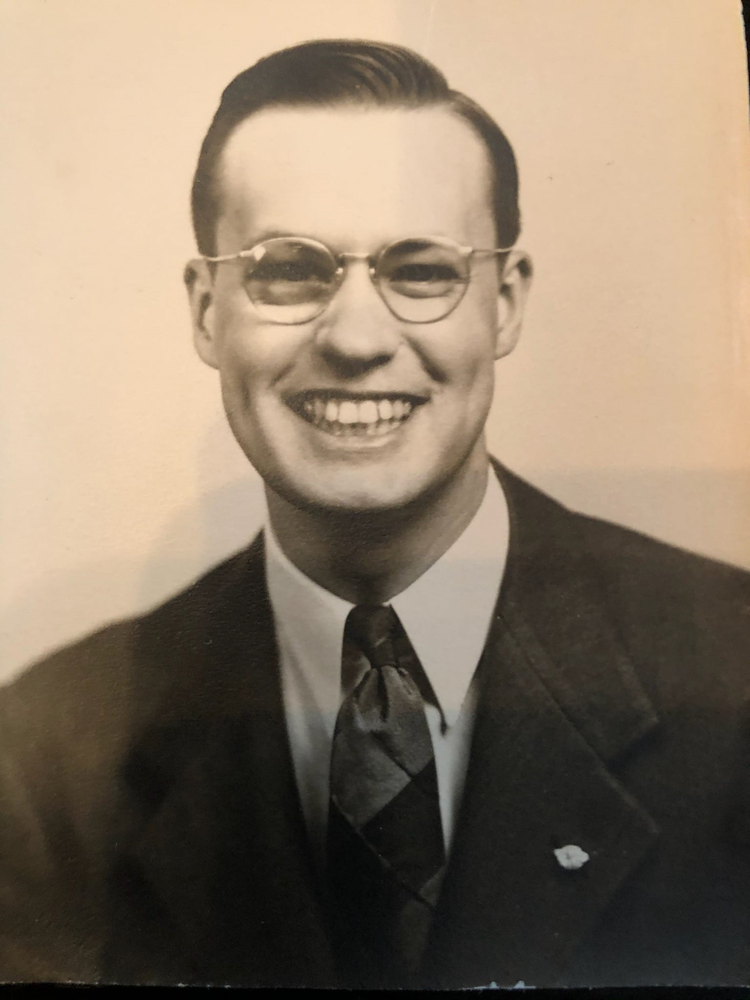 Please share a memory of Arnold to include in a keepsake book for family and friends.
View Tribute Book
Arnold N. Carlson, 98, of Venice, FL died of natural causes January 2, 2021 at Village-on-the-Isle Retirement Center. He was born September 9, 1922 to Nels A. and Olive L. (Richmond) Carlson in Denmark Township, Ohio in the living quarters above his parent's grocery store. Before moving to Kingsville, Ohio in 1929, he briefly attended school in Pierpont transported by horse drawn kid hack. After graduating from Kingsville high school in 1940, he attended Kent State University majoring in accounting. While in high school, he was captain of the basketball team and catcher for the baseball team as well as well as catcher at Kent State. As was the case with many of The Greatest Generation, WWII interrupted his plans. Arnold was drafted into the US Army in 1943 and was subsequently injured in a training accident at Fort Hood, Texas losing much of his eyesight. He was transferred to Valley Forge, Pa. Veteran's Hospital in 1944 for eye care where he met his future wife, Eleanor, who was a nurse there. They remained in touch when Eleanor was transferred to Blandford, England during 1944/45 to care for the wounded in the D-Day invasion. After Eleanor's return from England, they were married in the Kingsville Presbyterian Church on October 27, 1945. Arnold's eyesight had improved somewhat so he was able to own Carlson's Hardware in Kingsville from December, 1945 until November, 1979 when he turned over ownership to his son Ron. Arnold worked for Ron part time in the hardware store until moving to Venice, FL. He was a part time resident of Venice from 1989 until moving permanently to Venice in 2005. He was a member of Orion Masonic Lodge #353 in Kingsville for over 75 Years and a member of Kingsville Presbyterian Church since childhood. Arnold was preceded in death by his wife Eleanor in 2016, his mother Olive in 1979, father Nels in 1988, and sister Darla in 2014. Survivors include his son Ron of Venice, daughter Dyan of Naperville, Illinois, granddaughter Megan (Michael Martin) of Hinsdale, Illinois, great granddaughters Emme and Leighton, and sister-in-law Sherma Womer of LaBelle, FL. Graveside services with military honors will be observed Friday, May 21, 2021 at 11:00AM at LuLu Falls Cemetery.
To send flowers to the family or plant a tree in memory of Arnold Carlson, please visit Tribute Store
Friday
21
May

Share Your Memory of
Arnold
Upload Your Memory View All Memories
Be the first to upload a memory!
Share A Memory
Send Flowers
Plant a Tree