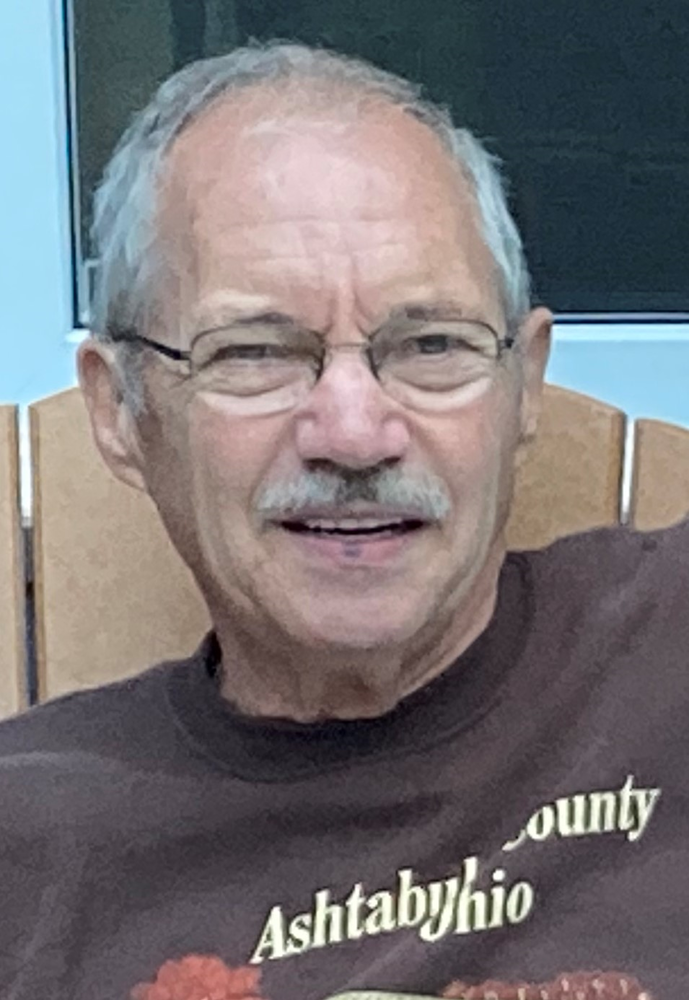 Please share a memory of Kenneth to include in a keepsake book for family and friends.
View Tribute Book
Kenneth Robert Furmage, 74, of Kingsville, Ohio passed away Tuesday June 29, at his home after a three-year battle with cancer. Ken was born December 3, 1946, in Ashtabula, the first of three children born to Robert and Doris (Applebee) Furmage. Ken grew up in the village of Kelloggsville in Monroe Twp and lived the majority of his life there. Ken met the love of his life, Donna McCroskey while attending the Kelloggsville Nazarene Church and began "going steady" with her when he was 15, Donna 14. The couple were married July 10, 1965 and enjoyed nearly 56 years of marriage prior to Ken's passing. Ken loved his family immensely and was the Fun Grandpa that every kid dreams of having, he enjoyed many outdoor activities including hiking, fishing, hunting, and riding his Kawasaki Mule with his grandchildren, but most of all Ken loved Jesus and loved to share what God did for him and what He can do for you if you accept Him as your Savior. Ken was a member, Sunday School Teacher, and board member of the Kelloggsville Nazarene Church. His faith in God never wavered through his battle with cancer and he didn't allow himself to ask "why me," but instead faced this challenge head on and knew that either he would be healed on Earth, or he would be healed in heaven. God chose to heal him in heaven! Ken worked at several jobs as a young man and eventually was accepted into the apprenticeship program at IBEW Local 762, which he eventually went on to become the Business Manager of prior to it's merger with Local 673 in Mentor. Ken retired at 58 from the IBEW and APL Electric and enjoyed traveling with his wife Donna and their many grandchildren to places such as Gatlinburg, TN, Cook Forest PA and fishing/canoe trips to Minnesota and Algonquin Canada to name a few. Ken leaves behind to cherish his memory, his wife Donna, sons, Robert (Tina), Ricky (Amanda) and Justin and his daughter Kristen (Jim) Robison, as well as his grandchildren, Edythe (Brian) Perry, Kenneth (Ashley) Furmage, Amanda (Kyle) Deck, Joshua (Jillian) Furmage, Myles (Halley) Kapen, Brooke (Dylan) Rhodes, Jimmy (Cassidy) Robison, Bruce Britton, Ryan Robison, Katlyn Furmage, Justin M. Furmage, Kourtney Furmage, Michael Furmage, CJ Smith, Noah Furmage, Mila Harco and Cameron Harco. Great-grandchildren, Anthony Perry, Kennedy Furmage, Charlie Perry, Gianna Kapen, Jordyn Rhodes, Harper Deck, Hunter Kapen and Julianna Furmage, sister Sue (Wayne) Johnson, sister in laws Jan Furmage, Gloria Harrison Camp, Debbie (Reid) Wadsworth and Brother-in-law Chuck (Connie) McCroskey, aunts Marilyn Simak, Beverly Applebee and Uncle Joe Simak plus numerous nieces, nephews, and cousins. He was preceded in death by his parents, Brother Charles "Chuck" Furmage and Grandson Cody Robison. Memorial contributions can be made to the following in Ken's honor: Kelloggsville Nazarene Church – 4841 Bushnell Rd Conneaut, OH 44030; Orwell Resurrection Life Church PO Box 447, Orwell, OH 44076; Hospice of the Western Reserve 17876 St Clair Ave., Cleveland, OH 44110 Ken's family would like to thank Hospice of the Western Reserve for their loving care during this difficult time. Private family services were observed. Thompson-Smith-Nesbitt Funeral Home, 345 Main St., Conneaut, are handling arrangements. Online obituary and condolences at www.thompsonsmithnesbitt.com
To plant a beautiful memorial tree in memory of Kenneth Furmage, please visit our Tree Store

Look inside to read what others have shared
Family and friends are coming together online to create a special keepsake. Every memory left on the online obituary will be automatically included in this book.
View Tribute Book
Services for Kenneth Furmage
There are no events scheduled. You can still show your support by planting a tree in memory of Kenneth Furmage.
Plant a tree in memory of Kenneth

Share Your Memory of
Kenneth
Upload Your Memory View All Memories
Be the first to upload a memory!
Share A Memory
Plant a Tree