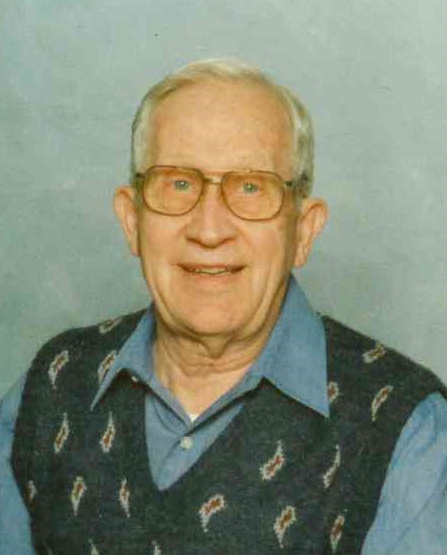 Please share a memory of Aubrey to include in a keepsake book for family and friends.
View Tribute Book
Aubrey Dewey Greene, 96, passed away peacefully, Saturday, November 20, 2021, at the Louis Stokes VA Medical Center Heroes Harbor Hospice Unit. Aubrey was born on December 26, 1924, in Richmond, Virginia the son of Dewey and Virginia "Jennie" Oliver Greene. As a member of the "Greatest Generation," he left high school early to serve in the United States Army with the 29th Infantry in the European Theater during World War II. While serving, Aubrey was captured in Germany and spent seven months as a prisoner of war. He was honorably discharged in November of 1945 and was bestowed the Purple Heart Medal of Honor for his bravery and courage as a true American Hero. Upon returning to the States, he married the love of his life, Charlotte M. Campbell on December 22, 1945, and was married for 56 years, until her passing in 2002. Aubrey's family came first for him, he adored and cherished the time he spent with them. In addition to his love of family and friends, he enjoyed riding and restoring his 1960 Harley Davidson Motorcycle. He was a master cabinet maker and enjoyed working in the construction trades. In his later years, you could find him in the shop making guitars for his family and friends. Each one has a special meaning with a story he would share. Aubrey was a man of faith and was a longtime member of the Kingsville First Baptist Church. In addition, he was a member of the American Legion Cowle Post #151. Aubrey leaves to cherish his memories, his children, Thomas D. (JoAnn) Greene, Janet (Steve) Hayes, and Geraldine (Ken) Wills; grandchildren, Jennifer (Daniel) McFarlan, Michael (Melody Sink) Greene, Travis (Keri) Hayes, Deanna (Chris) Wall, Christina Fortune, Jessica (Eric) Bailey, Nichole, Nathan, and Allison Wills; great-grandchildren, Anna Greene, Chloe Dawn McFarlan, Carson Hightower, Thayne and Cayson Hayes, Quinten and Cooper Wall, Austin and Lucas Fortune, Grayson and Hollis Bailey; siblings, David (Irene) Greene and Kathryn (Ralph) Hoskins. He also cherished his many nieces and nephews. He was preceded in death by his beloved wife, Charlotte M. Greene, sister Frances and parents. Calling hours will be held at the Thompson-Smith-Nesbitt Funeral Home, 345 Main St., Conneaut on Friday, November 26, 2021 from 10:00 AM until time of services at 12:00 PM with Rev. David Hines, officiating. Burial will follow with full military honors at Glenwood Cemetery. The family suggests in lieu of flowers, memorials in his memory are given to the American Legion Cowle Post #151, 272 Broad St., Conneaut, OH 44030 or the Louis Stokes VA Hospital, Heroes Harbor Hospice, 10701 East Boulevard, Cleveland, OH 44106-1702. Online guestbook and condolences may be left at www.thompsonsmithnesbitt.com
To send flowers to the family or plant a tree in memory of Aubrey Greene, please visit Tribute Store
Friday
26
November

Share Your Memory of
Aubrey
Upload Your Memory View All Memories
Be the first to upload a memory!
Share A Memory
Send Flowers
Plant a Tree