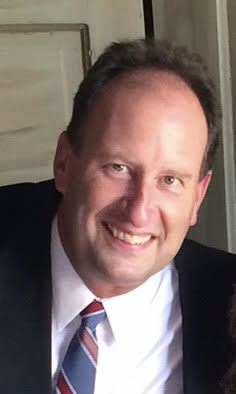 Please share a memory of Joseph to include in a keepsake book for family and friends.
View Tribute Book
Joseph Walter Pacileo, 58, reached the end of his long battle with cancer on Wednesday, December 22nd, 2021, at home surrounded by his family. He showed courage, and despite his pain, stayed strong through the end to be with the family he loved. He is remembered as a caring husband, a loving father, a dedicated brother, and a friend to all. He was born on July 21st, 1963, the son of James J. and Clara (Pietrasiewicz) Pacileo. Joe graduated from Northwestern High School in 1981 and received his bachelor's degree from California University of Pennsylvania. Joe enjoyed using his expertise and people skills most recently at his job at MSC Industrial Supply, where he worked as a Sales Executive and Metal Working Specialist. He was an active member of the Marine Corps League, Detachment #293, and was very passionate about supporting service members and those who have served their country. Joe was also a member of Abiding Hope Lutheran Church in Erie, Pennsylvania. He enjoyed playing volleyball, fishing, and spending time on the golf course. He liked working with his hands, and could fix or fashion anything. He loved going winter camping with his friends and spending time at Camp Stumpy with his family. He enjoyed "rocking out" in the kitchen and making his masterpiece: peanut butter chocolate chip pancakes. He leaves a huge hole in the heart of his beloved wife of 30 years, Karri (Humalainen) Pacileo; his three wonderful daughters, Lauren (Charles Fisher), Megan, and Emily; his dear mother, Judith (Hersperger) Pacileo; an amazing group of siblings, Mark (Teresa) Pacileo, John (Helene) Gordon, Paul (Kimberly) Pacileo, David Gordon, William (Chrissie) Gordon, Mary Burton, Robert (Cheryl) Pacileo, Tim Gordon, James (Carrie) Pacileo, and Sandra Pacileo; and numerous nieces and nephews, whom he cherished. Joe was preceded in death by his birth mother, Clara Pacileo, and father, James J. Pacileo. Joe was one of a kind. Those who knew Joe know he was always willing to drop everything to go help anyone in need. Above all else, he loved spending time with his girls, including his dog Winnie, his family, and his friends. He will never be forgotten but forever remembered and missed by all those who were fortunate enough to know him. As Joe did not want people to mourn his passing, there will be a celebration of his life held at the St. Francis Usher's Club in McKean, Pennsylvania on Thursday, December 30th at 6:30 pm. All are welcome. Joe was very thankful to the many donors whose blood helped sustain him during his battle with cancer. Please consider making a donation to your local blood bank in his memory. Funeral arrangements entrusted to Thompson-Smith-Nesbitt Funeral Home, 345 Main St. Conneaut. Online guestbook and condolences available at www.thompsonsmithnesbitt.com.
To send flowers to the family or plant a tree in memory of Joseph Pacileo, please visit Tribute Store
Thursday
30
December

Share Your Memory of
Joseph
Upload Your Memory View All Memories
Be the first to upload a memory!
Share A Memory
Send Flowers
Plant a Tree