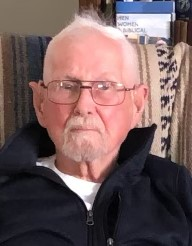 Please share a memory of Paul to include in a keepsake book for family and friends.
View Tribute Book
Paul John Wheeler, Sr., 88, of Conneaut passed away peacefully, Thursday, March 31, 2022, at home surrounded by family. He was born September 23, 1933, the son of Newton Albert James Wheeler and Mary Ann Zekas. After high school, he went on to honorably serve our country in the United States Army during the Korean Conflict. He was honorably discharged in 1952 and received a Korean Service Medal, Occupation Medal Japan, and United Nations Service Medal Republic of Korea. Paul married the love of his life Dorothy Norton on February 6, 1954. Together they shared many years of love and laughter. Paul retired after many years as a maintenance mechanic at SEM/Millennium/INEOS Chemicals. Paul and Dorothy were members of Amboy United Methodist Church. Paul was a member of the American Legion Post #151 in Conneaut. He enjoyed woodworking and gardening. He also enjoyed attending his children and grandchildren’s events for school and sports. He is survived by his children, Paul J. (Chris) Wheeler, Jr. of Pittsburgh, Patricia A. Sharpe of Columbus, Karen A. Ring of Columbus, Sandra D. Waters of Columbus, Pamala L. (Stephen) Gebe of Conneaut and Michael J. Wheeler of Columbus; grandchildren, Matthew and Justin Wheeler, Allison Ambrose, Joshua Sharpe, Herbert and Bryan Waters, Melissa Waters, Stephen Gebe and Krystin Pocatko; and 20 great-grandchildren. Paul was preceded in death by his wife of 59 years, Dorothy on January 12, 2014; grandson, Joseph Sharpe; and brother, Albert Wheeler; and his parents. Calling hours will be held Saturday, April 2, 2022, from 12-2PM at the Thompson-Smith-Nesbitt Funeral Home, 345 Main St., Conneaut. Funeral services will be held on Saturday, April 2, 2022, at 2:30PM at Greenlawn Memory Gardens Mausoleum Chapel with Pastor Betsy Shenk officiating. Military honors will be provided by the American legion post #151. Should friends desire memorial contributions may be made in his name to Amboy United Methodist Church, 550 W. main Rd., Conneaut. Thompson-Smith-Nesbitt Funeral Home, 345 Main St., Conneaut is handling arrangements. Online obituary and condolence at www.thompsonsmithnesbitt.com
To send flowers to the family or plant a tree in memory of Paul Wheeler, Sr., please visit Tribute Store
Saturday
2
April

Share Your Memory of
Paul
Upload Your Memory View All Memories
Be the first to upload a memory!
Share A Memory
Send Flowers
Plant a Tree