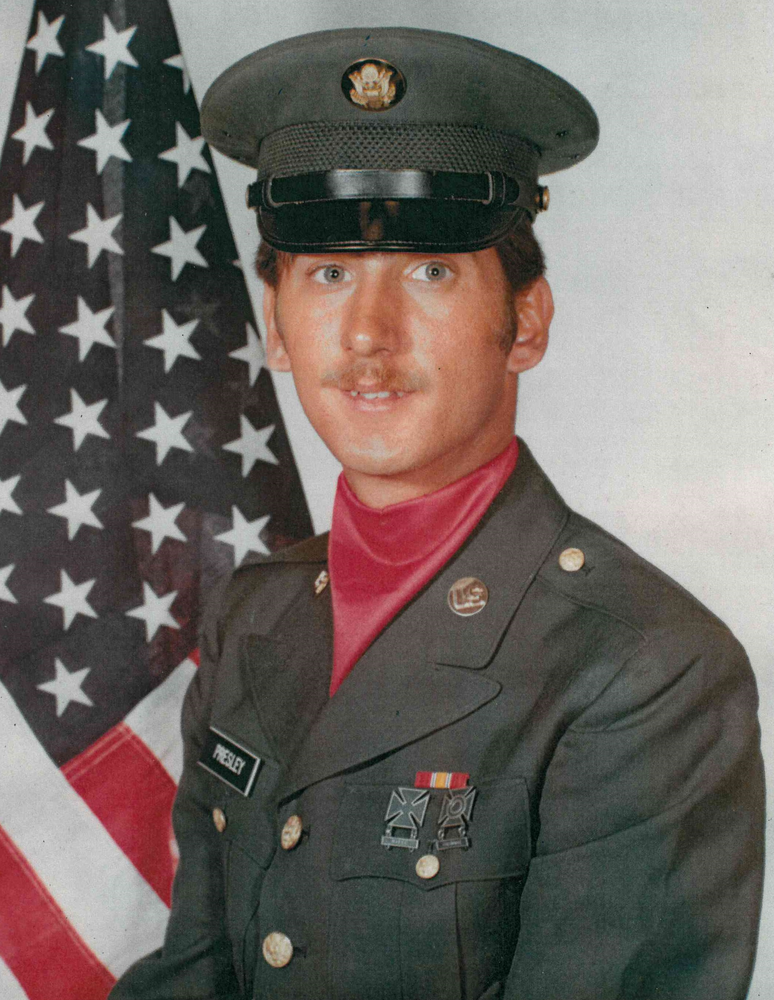 Please share a memory of Lawrence to include in a keepsake book for family and friends.
View Tribute Book
Girard- Lawrence J. "Larry" Presley, 68, passed away unexpectedly on July 1, 2022, while traveling. He was born on July 26, 1953, the son of Leo and Laura (Wockenfuss) Presley and was raised by his mother, Marion L. LaRoe. Larry attended Strong Vincent High School, and would later receive his GED while enlisted with the United States Army, where he served proudly and honorably. After his discharge he continued to serve with the Army National Guard for some time. Larry resided most his life in the Erie area and had lived the past 8 years in the Girard and Lake City areas. He was defined by two things, love of the outdoors and love of his family. Larry was an avid outdoorsman, spending time fishing, boating and taking his nieces and nephew to the Alleghany Mountains. He cherished his family, loved spending time with them and were his life. His family fondly recalls his humor and he loved being a jokester. Larry is survived by his sisters, Faith C. Gonzales, Linda (Presley) Ho, Elaine (Presley) Ramirez and Sandy (David) (Presley) Dorda; he was very close to his sister, Faith's children, and considered them his own as well, Dennis (Heidi) Hodges, Yolanda (Max) Jefferson and Jasmine Gonzales; his dear friend, Bob Hamman; and several more nieces, nephews, great-nieces and nephews, and cousins that will miss him. He was preceded in death by his parents, Leo and Laura Presley; and his mother whom he loved dearly and raised him, Marion L. LaRoe. Larry was family oriented and private and per his request private family services will be observed along with military honors. Online guestbook and condolences available at www.thompsonsmithnesbitt.com
To send flowers to the family or plant a tree in memory of Lawrence Presley, please visit Tribute Store

Share Your Memory of
Lawrence
Upload Your Memory View All Memories
Be the first to upload a memory!
Share A Memory
Send Flowers
Plant a Tree