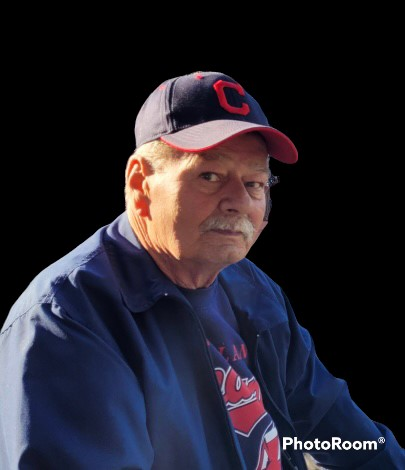 Please share a memory of Eugene to include in a keepsake book for family and friends.
View Tribute Book
Eugene M. Bihlajama, 71, of Conneaut passed away Friday, August 19, 2022, at the Cleveland Clinic. He was born May 21, 1951, in Conneaut, the son of the late Eugene and Rowena (Snyder) Bihlajama. A lifelong area resident, Eugene graduated from Conneaut High School Class of 1969. After high school, Eugene joined the Army National Guard. He then went on to work for the Pittsburgh and Conneaut Dock Company where he retired in 2005 as an electrical supervisor. After retirement from the Dock Company, Eugene taught the electrical program at Tri-State Technical School. Eugene married Cindy Lauer on December 17, 1988. He was a former member of the Conneaut Elks Lodge. He enjoyed collecting coins and was an avid Cleveland Sports fan. Eugene enjoyed summer and would often relax sitting in the sun. He looked forward to his yearly trips to Florida in the winter to spend time with his brother. Eugene enjoyed taking trips to the casino, but most of all he enjoyed spending time with his children and grandchildren. He is survived by his wife of 33 years, Cindy; children, Carrissa (Lynda) Bihlajama, Edward (Mary) Bihlajama, Julie (John) Burke, Kyle (Julie) Bihlajama, Duane (Janie) Burdick, Tanya Burdick, and Tiffany (Kevin) Kohlman; brothers, Edward (Pam) Bihlajama, and Richard Bihlajama; grandchildren, Kyle (Hailey) Nelson, Alexa Nelson, Liam Burke, Julie (Alex) Huston, David Olsen, Jenn Schrock, Aden Schrock, Emma Lamont, Ella Burdick, Jill Burdick, Alex Kohlman, and Olivia Kohlman; great-granddaughter, Stella Huston; and his faithful K-9 companion, Chloe. He was preceded in death by his brother, Timothy Bihlajama, his parents, and his K-9 companion Rhett. Private family services will be held at Greenlawn Memory Gardens, in North Kingsville. Should friends desire, memorial contributions may be made in his name to the Kidney Foundation, 11921 Rockville Pike, Suite 300, Rockville, MD 20852 or to the Animal Protective League, 5970 Green Rd., Ashtabula, Ohio 44004. Thompson-Smith-Nesbitt Funeral Home, 345 Main St., Conneaut is handling arrangements. Online obituary and condolences at www.thompsonsmithnesbitt.com
To plant a beautiful memorial tree in memory of Eugene Bihlajama, please visit our Tree Store

Look inside to read what others have shared
Family and friends are coming together online to create a special keepsake. Every memory left on the online obituary will be automatically included in this book.
View Tribute Book
Services for Eugene Bihlajama
There are no events scheduled. You can still show your support by planting a tree in memory of Eugene Bihlajama.
Plant a tree in memory of Eugene

Share Your Memory of
Eugene
Upload Your Memory View All Memories
Be the first to upload a memory!
Share A Memory
Plant a Tree