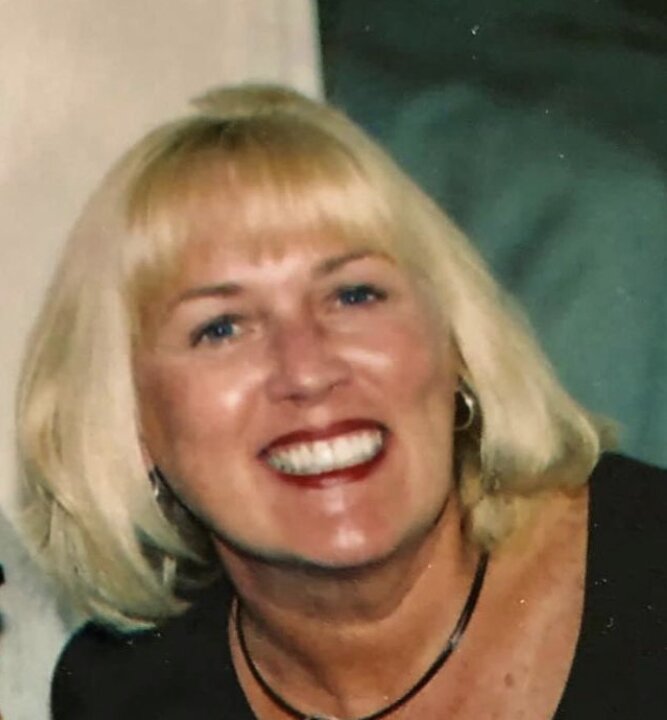 Please share a memory of Dyan to include in a keepsake book for family and friends.
View Tribute Book
Dyan Carlson (Richards), 71, of Naperville, IL died October 9, 2022, at Seasons Hospice Care. She was born January 22, 1951, to Arnold and Eleanor Carlson and raised in Kingsville, Ohio. She attended Kent State University, moved to Akron, Ohio after graduating and started teaching for Akron Public Schools where she taught for 32 years before retiring in 2005. She moved to Naperville, IL in 2014 to be closer to her daughter, Megan (Michael) Martin and granddaughters, Emerson and Leighton of Hinsdale, IL. Dyan is also survived by her brother Ronald Carlson of Venice, Florida. Family and Friends will celebrate Dyan in Illinois and Ohio. A private graveside service will be held in Kingsville at Lulu Falls Cemetery. In lieu of flowers, donations can be made to the Hinsdale Humane Society in Dyan’s name. Local arrangements entrusted Thompson-Smith-Nesbitt Funeral Home, 345 Main St., Conneaut. Online guestbook and condolences available www.thompsonsmithnesbitt.com
To plant a beautiful memorial tree in memory of Dyan Carlson, please visit our Tree Store

Look inside to read what others have shared
Family and friends are coming together online to create a special keepsake. Every memory left on the online obituary will be automatically included in this book.
View Tribute Book
Services for Dyan Carlson
There are no events scheduled. You can still show your support by planting a tree in memory of Dyan Carlson.
Plant a tree in memory of Dyan

Share Your Memory of
Dyan
Upload Your Memory View All Memories
Be the first to upload a memory!
Share A Memory
Plant a Tree