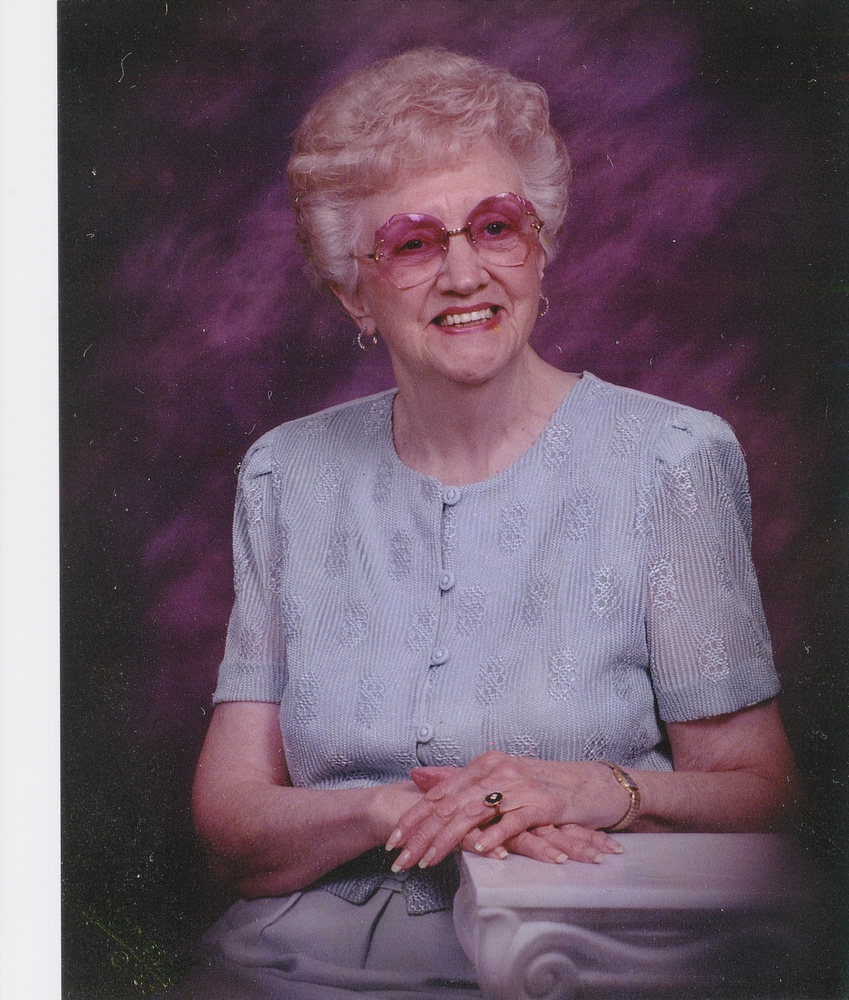 Please share a memory of Betty to include in a keepsake book for family and friends.
View Tribute Book
Betty Jo Riley Jones , 95, a native of Arbovale, West Virginia and resident of Hampton, Virginia passed away peacefully on December 7th, with her daughter Brenda Hall Kresse at her side. Betty was born on August 6, 1927 to Mary Martha Agnes Faulknier and Charles Cleveland Riley of Arbovale, WV. She graduated from high school in 1945 and went to work immediately after graduation to help support her motherand sister as her father had just passed away. She headed for Meadville, Pennsylvania with relatives and had a succession of jobs there after attending Bible College for a year. Among the numerous places she worked in and around Meadville were the Talon Factory, Westinghouse, and the Visco. She had dear friends from these years; Louise Sheckler and Susie Slavins to name two. Meadville was also where she met and later married Frederick A. Hall, fresh out of the Army. They married in 1951 and had three children: Fredericka, Douglas, and Brenda who were all raised in Conneaut, Ohio. Betty was kept busy raising her children and working at the Hercules Plant, Astatic, Fiberglass, Presque Isle Plastics, and General Electric over the years. Somehow she also found time to volunteer at the Local P.T.A., Brown Memorial Hospital as an Aide, as a Union Steward, and Den Mother for son Douglas' Cub Scout Pack. The children scattered after their high school graduations to Houston, Texas and Washington D.C. After living in Conneaut from 1957 to 1983, and after the children were gone, Betty decided she wanted to be closer to her family. She had lost dear friends Betty and Paul Zumpft (Honorary Aunt Betty and Uncle Paul) when they moved to Florida after their retirements. She couldn't join them in Florida but left Ohio joining her daughter Fredericka and son-in-law Clyde Cottrill to begin a new chapter in her life. She stayed in contact, however, with her friends Betty Z, Susie and Louise, throughout her life visisting them as often as she could. She loved them immensely. Betty was not idle in Virginia either. She worked at Grant's and at the Old Mill Outlet in Williamsburg, VA until she retired. She was also involved in volunteer work by taking home-made baked goods to shut-ins and the Warwick Assembly of God Women's Group. She helped everywhere she could. She even helped son-in-law Clyde when he was building his home in Williamsburg. She was amazing. She attended Warwick Assembly of God Church since 1983 where she met her second husband, Jerold (Jake) Jones. They married in March 2007 at Warwick Assembly of God Church in Hampton, VA and had a lovely honeymoon on a Carnival Cruise, her very first cruise. Betty and Jake enjoyed travelling immensely. We never knew where they would turn up next. They truly enjoyed visiting Betty's grandchildren in Houston and spending time with Jake's grandchildren and great- grandchildren in Hampton. In recent years Betty and Jake attended Liberty Baptist Church until Jake's death in 2019. They made many friends at Liberty, most notably Jo and Les Fowler. They would often visit Betty and bring news from Liberty Baptist Church to her. She dearly loved those visits. After Jake passed, Betty moved to Harmony on the Peninsula Assisted Living and made several new friends there, especially her "Golden Girls" buddies, Faye Fortnier, "Little " Betty Gains, Marianne La Marsh, and Regina Shorrt. She enjoyed her three years at Harmony taking excursions on the bus, had numerous activities, but mostly Betty loved Bingo and Pokeno. She did not want to miss a Bingo game. Betty was loved by all who knew her, staff and friends alike. She was bubbly and happy and sharp as a tack, right to the end. She was still issuing instructions to her daughters and son as to how she wanted her service when she passed. Betty was preceded in death by her first husband of 23 years, Frederick Hall (Conneaut, Ohio); her second husband of 12 years, Jerold (Jake) M. Jones (Hampton, VA) , grandson Caley Bertl (Houston, TX) , brother Charles Cleveland Riley, Jr. (Hagerstown, MD), and sisters, Mary Helen Riley Shears, (Arbovale WV), and Amy Riley Grove (Meadville PA). She is survived by her children: Fredericka Cottrill and husband Clyde (Williamsburg VA), Douglas D. Hall and wife Kim (Houston TX), Brenda L. Kresse and her husband John Michael and their four children; John Paul Kresse (Ashlee), Jared Frederick Kresse, Noah Michael Kresse and Emma L. Kresse Copeland (David), and great grandson B.H. Copeland, all of Houston TX, as well as nephew Charles Riley and his wife Jeanie, of Hagerstown MD. Betty spent a great deal of time with Jake's daughter-in-law, Debora and son Stephen Spivey, their sons S.J. Spivey (Katie) and Jeremy Spivey (Lacey) and their children, Jake's great- grandchildren. They visited Betty at Harmony many times in the past three years and their visits were greatly appreciated. Betty also leaves behind a great many nieces and nephews, in Ohio, Pennsylvania, and a cousin in West Virginia, Kenneth Faulknier. Betty will be greatly missed by us all. In Virginia, Betty's service will be held at W.J. Smith and Son Funeral Home in Hampton VA on December 13 at 1:30 pm. Since she is being interred in Ohio, the family requests in lieu of flowers, please make a contribution to 757 Strong Ministry at Liberty Baptist Church, 1021 Big Bethel Rd., Hampton, VA, 23666. Betty will travel to Ohio for burial at Greenlawn Memory Gardens in N. Kingsville, with a small service there on Saturday, December 17 at 2:30 pm in the chapel. Arrangements in Ohio are being handled by Thompson-Smith-Nesbitt Funeral Home, 345 Main St., Conneaut. Online guestbook and condolences available at www.thompsonsmithnesbitt.com
To send flowers to the family or plant a tree in memory of Betty Hall-Jones, please visit Tribute Store
Saturday
17
December

Share Your Memory of
Betty
Upload Your Memory View All Memories
Be the first to upload a memory!
Share A Memory
Send Flowers
Plant a Tree