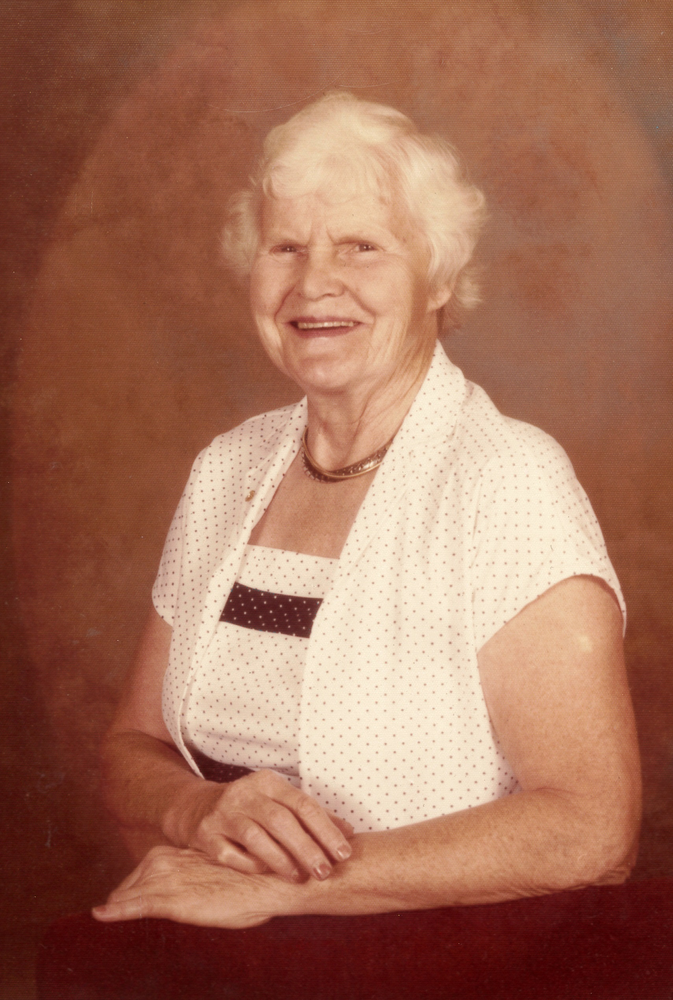 Please share a memory of Esther to include in a keepsake book for family and friends.
View Tribute Book

Esther J McCall passed away Tuesday, November 27, 2018 at Villa at the Lake in Conneaut, Ohio where she had lived since 2000.  Born March 22, 1915, in Indiana, PA, she was the youngest daughter of Samuel R. and Lottie B. Hine.  Esther was the last of her generation and was pre-deceased by her parents, her seven siblings and her husband, Ansley L. McCall.  Ansley and Esther operated an auto repair shop, Mac’s Garage, and a Christmas tree farm before Ansley died on March 10, 1972.

Esther grew up on a dairy farm in Young Township near Indiana, PA and had six sisters and a brother.  She is survived by many nieces and nephews.  Esther was an avid reader and Scrabble player and had a competitive nature, enjoying every Scrabble victory.  She maintained a positive outlook and an independent spirit, resisting assistance as much as possible and walking for nearly all of her 103 years.

The family wants to give a special thank you to the great staff of Villa at the Lake for the excellent care and attention they gave to Esther for many years.

To send flowers to the family or plant a tree in memory of Esther Mccall, please visit Tribute Store
Friday
23
November

Share Your Memory of
Esther
Upload Your Memory View All Memories
Be the first to upload a memory!
Share A Memory
Send Flowers
Plant a Tree